The warthogs are apparently those people who are aggressive and confident. Their combative conduct rules all parts of their prosperous and flourishing lives.

Not really proud of their physical appearances, warthogs have discovered a one of a kind blends of self – discipline and magnetism. These are extremely intellectual people with a strength of character which makes them formidable business adversaries.

They are self – centred in nature but with their charisma, quick and clever nature saves the day for them resulting in very exciting and stirring personal relationships.

While lacking in good looks and appearance and with their uncanny capacity to understand the complexity of human emotion they never get side – tracked from an intended goal even if it involves coercion. They actually prefer fighting filthy or over stepping the law as they do not have much patience societal subtleties. They do not caress, they strike.

Their determination to succeed reaches out to their conniving and deception, however they can be very luring when condition calls for it. Results are more important to them than principles of action.

Their tendency is to avoid the instinctive emotional response by intellectualising the feelings. As sharp as the warthogs are, they prefer argument to compromise and they are experts in identifying the weakness in others.

They prefer activity and always prefer things which are intellectual and mentally challenge them. Hence if given a choice they would prefer watching “Inception” to “Notting Hill”.

The warthogs always prefer facts and figures as to merely “believe”. As they are so clever and astute, they always look for prospects which makes them excellent businessman.

Being rigid and inflexible, they seek to impose their will on others which results in chaotic personal life. This mechanical approach towards life and relationships interferes with achievement of emotional happiness. Also, they have a big temper which conquers their decision-making ability time and again which makes it extremely difficult for others to live with them. Their compulsive disposition to see and evaluate everything as black and white makes them incapable of understanding feelings and thoughts of others making human emotions a baffling mystery to them.

Warthogs like to figure out things making them excellent strategists, engineers and scientists. They prefer to be self – employed because of their self – disciplined nature and excellent negotiating skills make them successful businessmen.

They have regard for loyalty but God help them those who betray them!

Their ability to work energetically is unparalleled. Because of their straightforward and direct nature, they do not have much of a fan base they thrive and prosper on willpower alone!

As you can see, the warthog writer has angular writing with heavy pressure which shows aggression 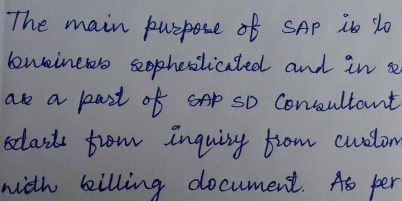 T – cross bar is heavy either made to the right of stem or downward. Their determination can be seen in long lower strokes. 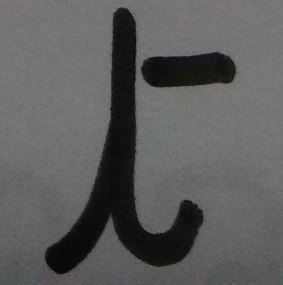 The writing is generally small/medium sized with straight baselines which shows intelligence, self- disciplined nature and ability to work for long hours together.

Their charming nature can be seen in big and graceful signature with they make which is sometimes illegible which shows they may have a secret side to their personality.