Since we are talking about lion, the king of the jungle, the name itself suggests a predominant character style, with a strong sense of self – esteem and honourability.

As the lion does not have to be scared of anyone, he prefers doing things at his own pace and in his own style which is generally bold in nature.

Because of their agile thought process, they are known to be problem solvers and quick to come to a conclusion and take a decision. They are more interested in the outcome and prefer the results to be quick. Slow paced work or delay in action is not very well received by them.

They welcome straightforward approach from others which allows them to get to action and control the situations which is very important for them. Nothing bothers them much as losing control over things.

Due to the analytical and critical nature, they time and again have to bear the heat of lashing at a subordinate and make up for it which they do.

Loyalty and trustworthiness are extremely important to them and not only do they practice it but they also expect it from others.

Because of their zealous and at times obsessive nature they do have a lot of competitors. And as they follow the motto ‘live life king size’, they have a lavish lifestyle and insatiable desire to achieve more we do not find more of them in the society because not every can reach where they are!

They believe in making their own rules. They make great leaders as they have the potential to read between the lines and have an abundance of self-confidence and rely on the power of their personality. They dream big and can imagine the courageous and ambitious picture of future and work on it until they are successful.

They have a very short fuse and can go BOOM any second. And if anyone is found in their cross hairs, they will have to face the wrath!

They prefer doing things in their own style, hence when a lion is on board changes happen all around. They do not like to be involved in minute details and always favour and process broad strokes.

As they are born leaders and their abilities to protect their employees, they make good CEOs, company heads.

As efficient and quick they are to size up the situations, these writers have a small or even minute legible angular writing.

The cross bars in T are long and strong may be exaggerated often which shows their will power and high energy to do things. 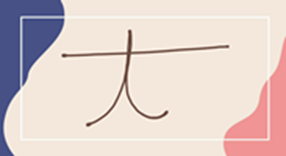 They have ascending baselines which shows their ambitious nature and at sometimes the baselines can be concave which shows that they have the courage to bounce back after a setback to reach their intended goals.

These writers are very proud of their accomplishments or at least they make people they are which is evident in tall inflated capitals and big sized signature.

One thought on “THE STRONG HONOURABLE LION PERSONALITY”